Boris Johnson Is in the Hospital With COVID-19. Here’s What We Know About His Condition

On Sunday, Boris Johnson was admitted to the hospital with COVID-19, 10 days after becoming the first world leader to test positive for the coronavirus. He is still there, after being kept overnight.

Meanwhile on Sunday, in a pre-planned speech, Queen Elizabeth made a rare television appearance to reassure her subjects that “better days will return.”

With speculation swirling over how serious Johnson’s condition actually is, officials said on Sunday that Johnson had only been admitted to the hospital as a “precautionary step,” and that he would continue to lead the British government.

“Last night, on the advice of my doctor, I went into hospital for some routine tests as I’m still experiencing coronavirus symptoms,” Johnson tweeted from the hospital on Monday. “I’m in good spirits and keeping in touch with my team, as we work together to fight this virus and keep everyone safe.”

Johnson is not the only top British government official to be infected with COVID-19. His Health Secretary, Matt Hancock, also has the disease, along with his top advisor Dominic Cummings. His Chief Medical Officer, Chris Whitty, recently returned to work after self-isolating with symptoms of the disease. And Johnson’s pregnant fiancée, Carrie Symonds, said she has been suffering with symptoms of COVID-19 for the past week.

While Johnson continues to lead the government, Monday’s cabinet meeting was headed up by his de-facto deputy, Foreign Secretary Dominic Raab. Raab is reportedly Johnson’s “designated survivor,” and would take over the Prime Minister’s duties if Johnson is incapacitated.

COVID-19 has already infected more than 48,000 and left nearly 5,000 dead in the U.K., and Johnson’s government has come under fire for testing fewer people than other countries at a similar stage in the outbreak. The number of confirmed cases is widely considered to be lower than reality, as a shortage of test kits means only people with the most severe symptoms—those who are hospitalized—are being tested.

With deaths in Britain still rising faster day by day, the “peak” of the outbreak is expected some time in the next week. That means Johnson’s hospitalization comes at a critical juncture for the country.

What do we know about Boris Johnson’s condition?

Johnson “remains under observation” in St. Thomas’ Hospital in central London, his official spokesman said Monday — a stone’s throw from Westminster, directly across the River Thames from the British Parliament.

Johnson has now been suffering with coronavirus symptoms for 11 days. His symptoms include a high temperature, a persistent cough and fever.

The Times of London reported Johnson had received oxygen treatment upon arrival at the hospital. His spokesman reportedly did not confirm or deny this when asked about it at Monday’s daily briefing for journalists.

His transfer to hospital was not an emergency measure, but taken on the advice of his doctor who decided it would be sensible for him to be seen in person rather than remaining at home in isolation, where he had been for the prior 10 days.

“On the advice of his doctor, the Prime Minister has tonight been admitted to hospital for tests,” a Downing Street spokesperson said on Sunday night. “This is a precautionary step, as the Prime Minister continues to have persistent symptoms of coronavirus ten days after testing positive for the virus. The Prime Minister thanks NHS staff for all of their incredible hard work and urges the public to continue to follow the Government’s advice to stay at home, protect the NHS and save lives.” 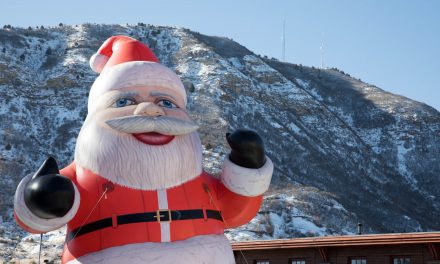 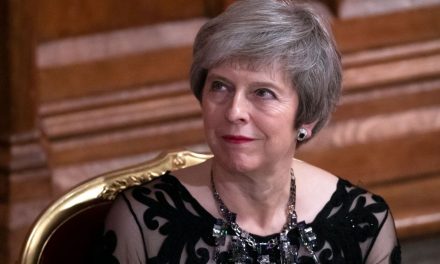 U.K. and EU Negotiators Reach a Tentative Deal on Brexit