When Mak Kapetanovic reads people’s jokey tweets and Facebook messages about the prospect of self-isolation with overbearing relatives as COVID-19 traverses the globe, he wants to see the funny side. But mostly, he feels a sense of deep disquiet. The 23-year-old anthropology student understands how feelings of loneliness, anger and alienation can consume you. And he knows the very dark places they can take you.

A few years ago, seeking refuge from uncertainty and turmoil, Kapetanovic found himself sucked into the narratives of white supremacist groups online. Now he fears the same conditions that sent him on the path to hate are fomenting in homes across the world.

“If people who are self-isolating together are angry at each other and not talking, that would be pretty bad,” says Kapetanovic from his home in Jacksonville, Florida. He worries that tensions at home would compound an environment already fraught with fear and confusion. “Feelings of isolation, anger, grief and frustration, all of those things are happening. A lot of people are scared, and people are not sure what to think.”

“It is the far right who always seem to take advantage of these insecurities,” he adds.

Millions of people around the world are now stuck in their homes, consumed by worry and fear and contending with a barrage of misinformation over a virus which seems to have changed their lives overnight. Some politicians seek scapegoats in marginalized communities and ethnic groups, with the Hungarian Prime Minister Viktor Orban blaming migrants and President Donald Trump provoking outrage with his “Chinese flu” comments. And during long, isolated days, many people seek distraction online— companies are reporting a 12 to 15% increase in Internet use — and much of that time is spent in poorly regulated Internet forums and on social media.

People working across counter-extremism are raising the alarm at the potential for hate groups to exploit this fearful and confusing situation. Brad Galloway, a specialist with the support group Life After Hate, has been monitoring far right forums and has already seen an alarming number of anti-Semitic, xenophobic and racist posts related to COVID-19.

“They pray upon any kind of societal or community division,” he explains. “Right now people are pretty fragile, and this is the time that they will try to take advantage.”

Kapetanovic can see clear parallels with his own life. In 2013, when he was 16 years old, his mother died suddenly and unexpectedly from a stroke. With his dad working night shifts and no brothers or sisters, Kapetanovic found himself alone with his grief. He withdrew and sought solace online, where he became immersed in far-right narratives on 4Chan talk boards, spending up to six hours a day reading the material.

The child of two Bosnian Muslims who came to the United States as refugees, Kapetanovic is not an obvious recruit for white supremacist groups. But he describes the alarming speed at which anti-Semitic, racist and xenephobic narratives started to take root.

“It is just a constant onslaught of layers of irony, sarcasm, misinformation and shallow information. And it is a nonstop flood of generally racist rhetoric,” he says. “But my views intensified because I was left alone to look at this stuff for a long time. I kept consuming it, and a lot of these ideas ended up sticking in my head. And it didn’t take terribly long before I started believing it all – probably months.”

Kapetanovic’s extremism never went beyond obsessive reading and occasional posting on 4Chan chat boards. By 2015 he had managed to see the flaws in the narratives, a slow process which began when he looked for other sources to back up far right claims about race and intelligence — and realized that no such reputable sources existed. He now disavows any white supremacist ideology and want to use his experiences to show how far right groups exploit digital spaces. He shares his story as widely as possible, and hopes that when he graduates in anthropology, he will be able to work in counter-extremism. But today, he is deeply worried when he looks online and sees friends sharing coronavirus misinformation, and white supremacist narratives around eugenics and survival of the fittest seeping into the mainstream: “Some of the rhetoric surrounding this is very, very scary.”

Keep up to date with our daily coronavirus newsletter by clicking here.

What worries Life After Hate’s Galloway is that some of the divisive rhetoric is coming from the President of the United States. “If you look at what Donald Trump tweeted out the other day calling it the Chinese virus, this inspires the far right,” he tells TIME.

President Trump appeared to row back from the rhetoric on Monday, saying on Twitter that it was “important that we totally protect our Asian American community.” But much damage had already been done. The Southern Poverty Law Center reported that Asian-Americans had been subjected to an increase in hate speech and attacks since the Coronavirus emerged, and said that Trump’s comments were “creating a climate of hate that is permeating the country and putting people at risk”. This comes at a time when support for far right extremist groups is rising worldwide, with the Global Terrorism Index reporting a 320% increase in far right terror attacks in the past five years .

Galloway says a sub-set of the white supremacist movement known as accelerationists seem to be the ones mobilizing the most. The coronavirus pandemic plays into their narrative of fermenting social unrest to provoke conflict and bring about an “end of days” scenario, whereby current regimes can be replaced with white supremacist societies.

Other researchers reported similar online chatter, while there are also signs that extreme Islamist groups will try and take advantage, with a recent Islamic State newsletter referring to the coronavirus as “painful torment” against “crusader nations”.

Robert Örell, a Swedish counter-extremism consultant who advises the European Union, says extremist groups also exploit perceived failings by governments: “They look at the distress in society and try to show that they are the ones capable of providing security and safety.”

That makes it crucial for governments to provide that sense of reassurance, confidence and security. “It is a lot about political leadership, communication, and building this sense of community instead of splintering or polarization,” he says.

And there are positive signs from many communities, where people are coming together across societal divides to tackle the crisis together.

Hadiya Masieh, a counter-extremism advisor to the British government and founder of the Groundswell Project, sees hope in the singing from balconies; the co-ordinated city wide clapping for health workers; neighbors dropping round fliers to help out the vulnerable; the thousands of people volunteering to help out their health services.

If that goodwill can be harnessed and sustained even when the specter of Coronavirus recedes, she believes it will be harder for extreme groups to take hold.

“The mosques, the synagogues, the churches are all helping each other,” she says. “If you create that and make that as abundant and strong as possible, when you have groups trying to come in to destroy that, they are seen for what they are.”

With that in mind, she has launched a map to try and bring together all the British locations offering assistance for the vulnerable and is promoting these messages in socially deprived communities which could be vulnerable to extremism. “Extreme groups try and change the hearts and minds of the people — we need to do the same but in a positive way,” she says.

When Mak Kapetanovic looks back on his years in white supremacist circles, he wishes there had been more people around to help break his loneliness – and urges people to make sure they are there for each other as world events take this dark turn. “Check up on your friends and make sure everyone is doing OK,” he says.

It is these small gestures of kindness, says Masieh, that may one day have a bigger impact. “We need that as human beings right now – as much as food and sustenance, we need a psychological way to help as through this crisis,” she says. “That is what will kill this virus of extremism.”

Please send any tips, leads, and stories to virus@time.com. 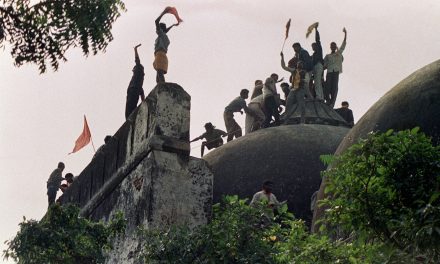 This Indian City Has Been Ground Zero for Hindu-Muslim Clashes for Decades. An Imminent Supreme Court Verdict Could Reignite Tensions 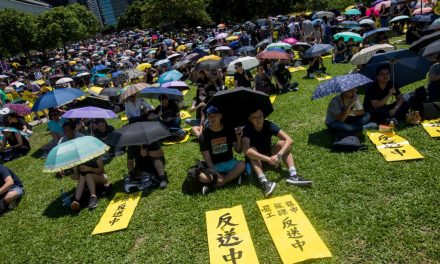 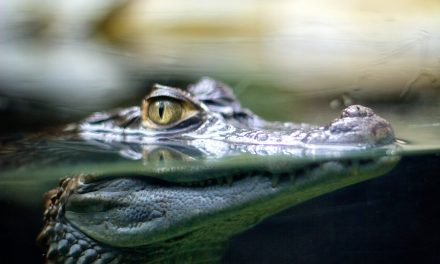 An Australian Farmer Found an Orthopedic Plate Inside a Crocodile’s Stomach. Police Have Now Reportedly Opened a Missing Person’s Investigation 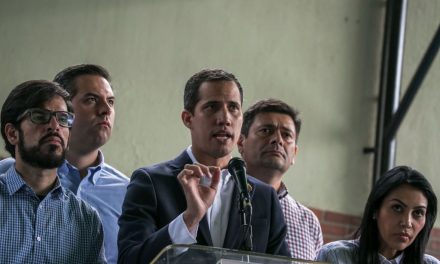 A Venezuelan Opposition Aide Has Been Arrested, Prompting Rebuke From the U.S.