Coronavirus Cases Outside China Are Accelerating Rapidly. Here’s What to Know

A surge in deadly coronavirus cases outside China is raising concerns that the outbreak has reached a new stage and could continue its global spread to even more vulnerable countries.

In the central Chinese province of Hubei, where the virus is believed to have originated, the number of cases appears to be stabilizing, according to government figures. But the number of people infected elsewhere in the world is rising quickly, with clusters in South Korea, Italy, Iran and a cruise ship docked in Japan.

As of Monday, more than 2,200 cases of the virus, officially called COVID-19, have been reported outside of mainland China, where the overwhelming majority of the 79,000 cases have been located since officials first discovered the disease in December. The number of deaths outside mainland China has also increased to 33, including 12 in Iran, eight in South Korea and four in Italy.

In a news conference Monday, World Health Organization (WHO) Director-General Tedros Adhanom Ghebreyesus said the WHO is “worried about the situation in the Islamic Republic of Iran and in Italy.”

Although there have been a handful of people infected in more than 25 countries, the number of cases outside China remained in the hundreds for weeks, before jumping to around 1,000 cases on Feb. 18. But in the last few days, the number of infected people has skyrocketed in several countries, sparking fears that the virus could take root outside China.

It took draconian measures, including locking down cities with tens of millions of people, before infection numbers began to fall in China.

The new global spread of the coronavirus may be attributable to the difficulty of detecting infected travellers. The virus’ long incubation period—the 3 to 14 days it usually takes before symptoms begin to show—and its often mild symptoms make it difficult to find with measures like thermal screening, which has been rolled out at airports across the world. A study by researchers at the London School of Hygiene and Tropical Medicine estimates that 46 out of 100 infected travelers will be able to pass undetected through both exit screening at their departure destination and entry screening at their arrival location.

Complicating matters is that experts do not yet know all the ways the virus can be spread.

“The big problem is that the transmissibility of this virus is still not understood,” David Heymann, a professor of Infectious Disease Epidemiology at the London School of Hygiene, tells TIME. “It’s understood how it is passes from person to person—social contact, a sneeze, a cough, face-to-face, and in hospital settings where there is not adequate infection prevention and control—but how easily this spreads in other circumstances is not known at present.”

Amid concern over a surge in cases outside of China that could signal a new stage in its global spread, the WHO is warning that the window of opportunity to stop the coronavirus outbreak is shrinking. Here’s what to know about where else the virus is spreading.

On Monday, South Korea confirmed that the number of cases of COVID-19 in the country had climbed to 833, with seven deaths.

More than half of the cases are in the southwestern city of Daegu, where the coronavirus spread rapidly through the Shincheonji Church of Jesus, a mysterious religious group.

More than 9,000 members of the group are in quarantine. The church, which claims about 200,000 followers in South Korea, said it has closed all of its 74 centers around the country and told followers to instead watch its worship services on YouTube.

Cases have also been reported in Gwangju, a city in the southwest, and the island of Jeju off the south coast, raising fears of a broader spread of the virus.

“If authorities fail to contain the spread of the COVID-19 in Daegu, there is a high possibility that COVID-19 could spread nationwide,” Vice Health and Welfare Minister Kim Gang-lip told reporters, according to Yonhap News Agency.

The outbreak in Iran has centered mostly on Qom, a city of about 900,000 people approximately 90 miles south of the capital Tehran, but cases have spread over the last few days to four other cities, including to Tehran.

The outbreak in Iran has centered mostly on Qom, a city of about 900,000 people approximately 90 miles south of the capital Tehran, but cases have spread over the last few days to four other cities, including to Tehran. Iranian officials have confirmed 61 cases of the virus and 12 deaths, according to Health Ministry spokesman Iraj Harirchi.

However, a lawmaker in Qom, Ahmad Amiriabadi Farahani, told state TV that the death toll in that city alone was 50, including deaths as far back as Feb. 13, according to the Associated Press. The health ministry has denied the lawmaker’s claim.

“No one is qualified to discuss this sort of news at all,” Harirchi said, but added that the number of confirmed cases has risen to 61. “I categorically deny this information,” Haririchi said at a news conference.

The Iranian government has denied accusations that it is trying to cover up the outbreak.

Experts also worry that cases in Iran could spill over to neighboring countries. Qom is a holy city and pilgrimage site for Shi’a Muslims. Other countries in the region, including Afghanistan, Kuwait, Bahrain, and Iraq, have reported cases involving individuals coming from Iran. This has led some neighboring countries to shut down its borders to Iranians.

“The concern is Iran’s borders with Pakistan and Afghanistan. I understand the borders are quite porous and difficult to police. If it gets into Pakistan, the Indian subcontinent, that’s a real concern because you’re moving towards these very highly populated areas,” says MacIntyre, the University of New South Wales researcher.

The number of cases in Italy more than quadrupled over the weekend, with more than 200 confirmed cases and four deaths as of Monday morning. The outbreak, concentrated in the wealthy northern regions of Lombardy and Veneto, represents the biggest cluster of cases in Europe. The country has not yet identified “patient zero,” raising alarm about how widely the disease has already spread.

In a scramble to contain the unprecedented outbreak, authorities have placed at least 10 towns on lockdown, affecting at least 50,000 people. Schools, museums and cathedrals across the region are shut.

Experts do not yet know why Italy, a country that took especially tough early prevention measures, has been hit by an outbreak. Italy was the first European Union country to ban flights to and from China. The World Health Organization (WHO) has spoken out against flight bans, although numerous countries went on to join Italy in banning travel to and from China. “The WHO doesn’t recommend and actually opposes any restrictions for travel and trade or other measures against China,” WHO Director-General Tedros Adhanom Ghebreyesusn said on Jan 20.

Countries neighboring Italy are taking measures to prevent disease outbreak. The French Health ministry, for instance, advised anyone returning from Italy’s Lombardy region — where many of the cases are clustered — to wear face masks in public spaces. Meanwhile, virologist Ilaris Capua of the University of Florida told the Associated Press that Italy, which has tested more than 3, 000 individuals, may have a high number of cases because they were “actively seeking them out.”

Experts do not yet know the likelihood of Italy’s outbreak spreading beyond its borders.

“It’s not helpful to make projections,” Dr. Heymann told TIME. “We just need to be prepared for if it does [spread].” He said that if it does spread, countries “need to get their influenza illness plans dusted off the shelf and ready to roll if they need to use them. That includes social distancing or closing down public events.”

As of Monday, Japan has almost 850 confirmed coronavirus cases, 691 of which are passengers and crew from the virus-stricken Diamond Princess cruise. Three people have died. The cruise was quarantined for 14 days until Feb. 19 after the company learned that the ship had previously carried a coronavirus patient.

With almost 20% of people who were on the ship infected, the quarantine measure has been heavily criticized by health experts as having exacerbated the outbreak. Rodney Rohde, a professor and chair of the Clinical Laboratory Science Program at Texas State University, tells TIME that a quarantine on land would likely have resulted in a smaller number of infections.

“I refer to quarantined ships as floating petri dishes because you’re enclosing a living microbial agent with thousands of people in a small area,” Rohde says. Confirmed cases include passengers and crew from Japan, the U.S., the U.K., the Philippines, India and Hong Kong, among others.

Most passengers have been allowed to leave the ship—many for chartered flights home, where they are undergoing another 14-day quarantine. The crew, however, remains on board.

Off the ship, Japan has at least 147 people diagnosed with the virus and one death. One cluster involves a Jan. 22 river cruise in Tokyo organized by an independent taxi drivers’ union. Eleven people from the boat were infected, and a number of cases in the country were linked back to those who caught the virus on the boat. In another cluster, four people from the central prefecture of Aichi were infected after traveling back from Hawaii. Katsunobu Kato, Japan’s health minister, said last week that the country had entered a “new phase” of the outbreak.

The U.S. now has confirmed 35 cases of COVID-19, but 21 of those are Americans who were infected overseas and have been repatriated back home. Eighteen of those infected are from the virus-stricken Diamond Princess cruise ship, and three others were evacuated from China.

“We are keeping track of cases resulting from repatriation efforts separately because we don’t believe those numbers accurately represent the picture of what is happening in the community in the United States at this time,” Dr. Nancy Messonnier, director of the Centers for Disease Control and Prevention (CDC) National Center for Immunization and Respiratory Diseases, told reporters Friday.

According to CDC officials, at least ten other American ship passengers have tested positive for the virus, and will likely be added to the official U.S. count once the results are verified.

There were around 400 Americans aboard the ship, where cases of COVID-19 soared after the boat was placed under quarantine in the Japanese port of Yokohama in early February, making it the largest cluster of the novel coronavirus outside mainland China. 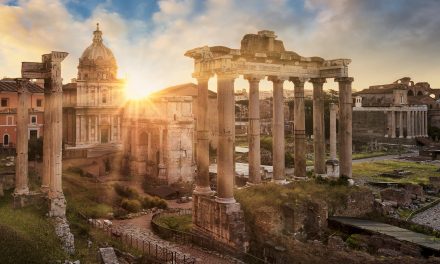 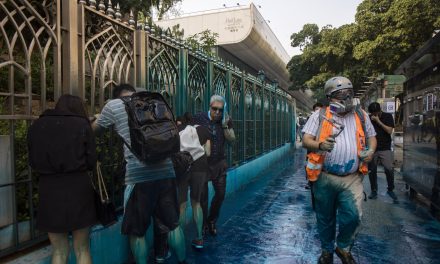 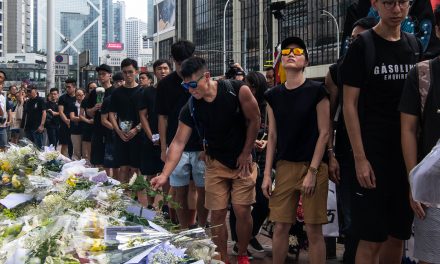 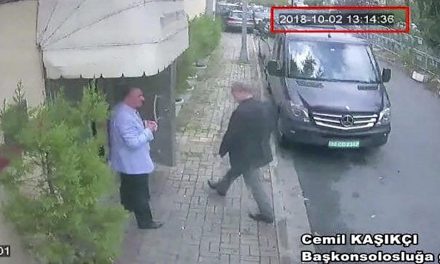