The Indian Government Insists All Is Well in Kashmir. But As the Communications Shutdown Continues, Its Citizens Are Struggling to Reach the Outside World 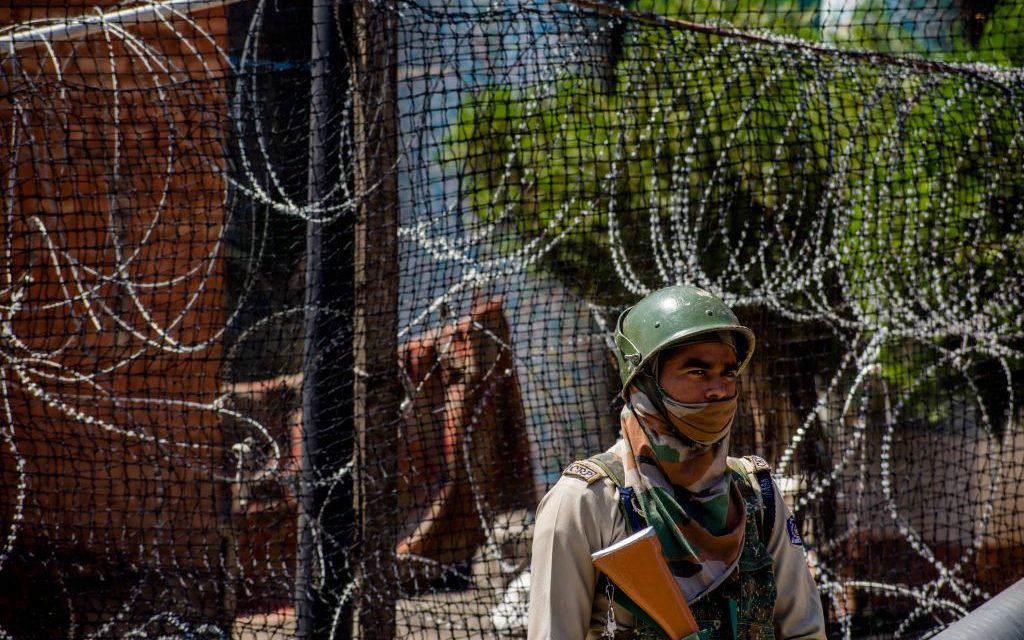 As I write this piece for TIME, I’m standing furtively amid a clump of tall, itchy weeds behind an office in the outskirts of Jammu, a city in northern India. Dozens of mosquitoes are landing on my arms, neck and feet to enjoy an evening meal of blood. I can occasionally squirm my body and scratch here and there, but cannot afford to lose touch with my phone.

In the last three weeks, this is the only place I have been able to access a broadband connection and connect to the world outside.

A day earlier, I drove nearly 200 miles to get here from my home in Kashmir, the disputed Himalayan territory. I needed to call my worried relatives and friends outside Kashmir and tell them that I am OK, for now. Just as I reached Jammu I had the exact feeling of a prisoner being released from jail, but only for a limited time. As I entered the 6-mile Chenani-Nashri tunnel, inaugurated two years ago by Prime Minister Narendra Modi, my phone buzzed with a torrent of messages and emails. I paused outside the tunnel exit to call family and friends; they all picked up instantly, concerned and surprised, wondering how I had managed to reach them. Seeing a Kashmiri phone number appear on a screen outside had become something of a miracle.

In early August, a scanned copy of the government order asking tourists and pilgrims to leave Kashmir went viral on social media; immediately petrol pumps and grocery stores were hollowed out. Some initially mocked the hordes of people lining up outside ATMS and shops in Srinagar, the summer capital of the Indian state of Jammu & Kashmir. But as night fell on Aug. 4, they realized they had been foolish. Phone lines and Internet connections were snapped off in the middle of the night and the next morning the sun-beaten streets of Srinagar became deserted. The only thing people inside their homes were left with was a few news channels broadcasting a live motion of the parliament session in India in which, despite some bickering from the opposition, the ruling BJP government unilaterally scrapped Article 370, which had granted Kashmiris the constitutional rights to some autonomy for the past decades.

At around 11 a.m on Aug. 5, boys at the shrine of saint Taj-u-Din Wali in Natipora began to block the main road with iron poles, stones and burning tires. The battle-geared police officer stationed with his men at the Natipora crossway beckoned at the boys, asking to speak to them. The stone-pelting stopped and the police urged the masked boys to stop throwing stones at them and instead suggested they organize peaceful protests. A long line of laborers from the east Indian state of Bihar passed by the boys, carrying worn-out, heavy backpacks and large duffel bags. Some angry young kids shouted at them to leave, and an elderly man from the neighborhood, a local grocer, stepped between the boys and the Biharis and scolded the kids for shouting at them.

By the evening of Aug. 5, reports confirming the repeal of Article 370 flashed on the TV screens. From there, Kashmir became a kind of jail. From 20 pages, the local newspapers came down to four pages with, now, two complete pages filled with announcements of canceled wedding functions. Cellphones idled away with no service available. The city grew spooky with whiskered soldiers and glinting razor-wire. The worst was, and continues to be, the blackout of communications. People whose relatives had gone for the Hajj pilgrimage in Saudi Arabia were listless and worried.

Srinagar Airport was the only place to book emergency flights. Deserted counters of various airlines could only give you the cost of tickets and flight schedules but you could not book them. You had to be there with your baggage, on schedule, and then see if the flight had enough passengers to confirm your journey too. At 4 p.m. on Aug. 10, through a hole in the glass wall of an airline counter, a father was trying to ask a busy officer if he had any information about a 2 p.m. flight that his son was meant to arrive on; he hadn’t made it home and neither the father nor the airline knew why.

A local news channel began to run messages of people disconnected from their relatives. A husband from Pulwama, admitted to a hospital in Chandigarh, a city elsewhere in northern India, for kidney failure, had a message for his wife stranded in Kashmir. He wanted to tell her that he had booked an early-morning flight for her. Through recorded audio-visual messages, some students studying outside of Kashmir, conveyed that they didn’t want their relatives in the valley to worry about them. They wanted to desperately inform them that they had somehow managed to borrow money from somebody and paid their college fees.

A government officer who had access to the only functional Internet connection in his office would log in during his night duty to talk or chat with his worried relatives outside Kashmir. Soon, he began to convey messages from his neighbors to their relatives outside Kashmir. He collected messages and respective Facebook IDs or WhatsApp numbers from his neighborhood early mornings and returned with responses and replies to each in the evening. The whole day they waited for this messenger, who has now become a messiah of his neighborhood.

Though I write all this in past tense, all of it is still happening.

On Aug. 12, the day of Eid, while people were striving to distribute qurbaan maaz, lamb as sacrificial offering, among their relatives and friends amid restrictions in Kashmir, police stations were inundated with massive crowds of people, desperate to make calls outside Kashmir. A fight broke out at a police station in Srinagar where a constable was trying to help one of his friends to use the phone out of turn. The police officer who was on duty at the phone grabbed the collar of his colleague’s shirt.

Under pressure from international media coverage of the crisis in Kashmir and to give an impression to Indians, as well as the world, that all was well in Kashmir, a secretary to the governor of Jammu and Kashmir held a press conference on Aug 16. As he began to give details of how the government was trying to ease the crisis in Kashmir, my parents, watching him say all that, laughed bitterly. The secretary said that all was getting well, becoming well, that the government had kept the water and power supplies running.

A simple deduction would tell you that this boast was a veiled warning, that the government had kept water and power supplies intact—for now. Kashmiris had to be thankful to the government for our lifelines for basic survival. And had the government any control over snapping oxygen from the air and thoughts from people’s minds, it would have been asking people to be thankful for breathing and thinking.

Such statements from the government, that all is well in Kashmir, have never surprised people of Kashmir. It has become a cliché, a lie that has lost its sheen of cleverness. The only thing that makes Kashmiris curious is that they wonder by what logic the world accepts that a government crackdown is necessary for the people’s own good.

Right now, as I write this on the 18th day of an induced crisis in Kashmir, the ground situation in Kashmir remains the same. The only difference is a fluctuating, and mostly lopsided, service of landline phones, that work only occasionally and sporadically in a few areas here and there in Kashmir. For making international calls, whenever the phone works, people have to make calls to a friend or relative outside Kashmir who then help establish a conference line from his or her number.

Living through this crisis, I have waited for many days expecting normal communication to resume. That hasn’t happened. On the day of my arrival in Jammu, a sluggish 2G speed internet helped me check a few important emails and respond to some worried friends in India and abroad who had repeatedly checked if their messages sending prayers and asking about my wellbeing finally had blue ticks on WhatApp, to show I had received them at last. But just the next day, this service too was shut down. The crisis continues, and they say “all is well.” 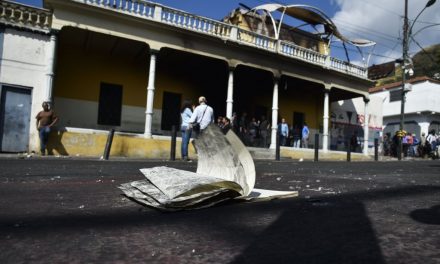 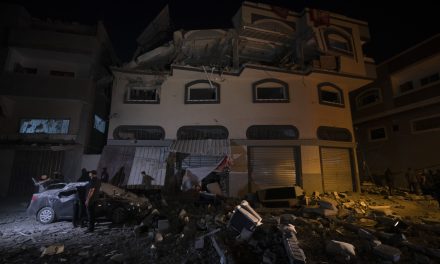 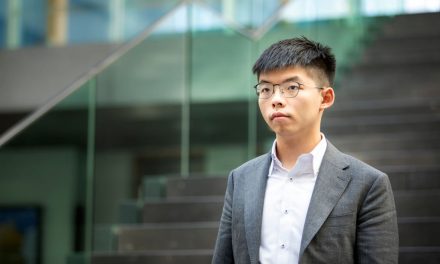 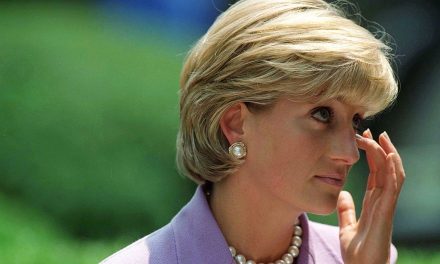 At Site of Her Death, Paris Wants to Rename Plaza ‘Princess Diana Square’