Violence Against Women in El Salvador Is Driving Them to Suicide — Or to the U.S. Border 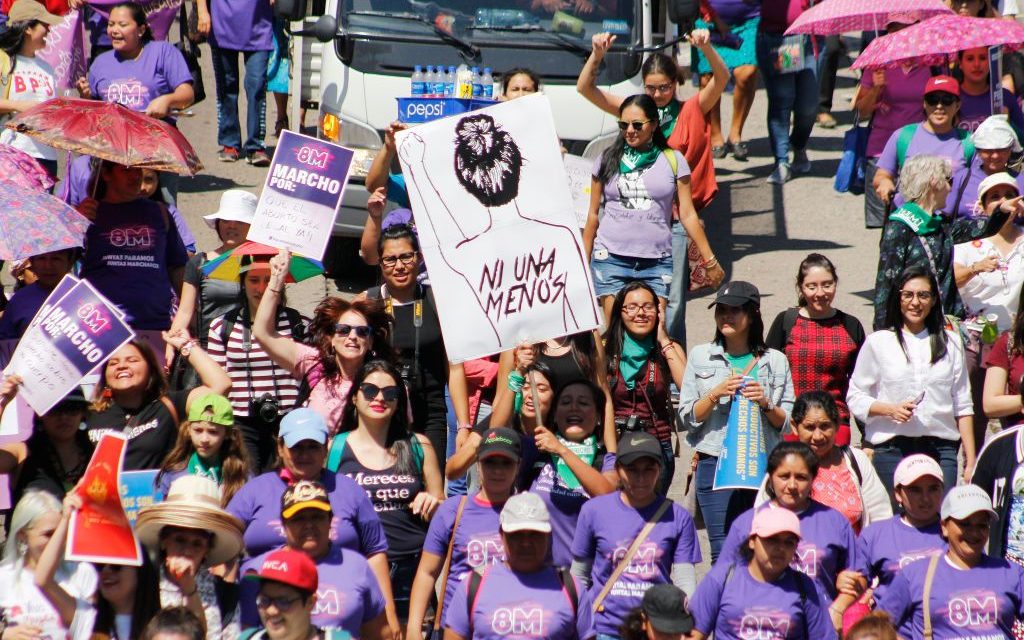 The reporting for this project was supported by the Pulitzer Center

It’s hard to grasp the scale of El Salvador’s problem with gender violence. In the Central American country of just six million people, one woman was the victim of a femicide — a man murdering of a woman or girl because of her gender — every 24 hours in 2018. That’s one of the worst rates of femicide in the world, according to the United Nations.

Sixty-seven percent of Salvadoran women have suffered some form of violence in their lifetime, including sexual assault, intimate partner violence and abuse by family members, a 2017 national survey found. But only 6% of victims had reported abuse to authorities. (In the U.S., more than half of domestic violence incidents are believed to be reported to police, according to the Bureau of Justice Statistics.) Advocates say many fear repercussions for speaking out, aren’t able to access public services to report, or simply don’t consider violent treatment unusual.

“El Salvador is a country with so much gang violence, so much brutality, so many murders, that nobody pays attention to violence against women,” says Almudena Toral, a filmmaker who traveled with reporter Patricia Clarembaux to report on the situation for TIME and Univision. There were 51 murders for every 100,000 inhabitants in 2018, the second highest in Latin America after crisis-stricken Venezuela. “It’s invisible in this huge ocean of violence.”

From September 2018, Toral and Clarembaux followed María, a woman seeking asylum in the U.S. after a lifetime of gender-based violence in El Salvador. When she was 12, a gang member forced her to become his girlfriend. Three years later, having had two of his children and faced constant abuse and death threats, María attempted suicide, nearly becoming a victim of a crime El Salvador calls “femicide suicide.”

El Salvador is the only country in the world with a law against “femicide suicide” — the crime of driving a woman or girl to suicide by abusing them. The law, enacted in 2012 as part of broader legislation seeking to curb violence against women, is a striking recognition by the government of the psychological damage suffered by victims and the need to hold perpetrators accountable. According to government statistics, 51 of the 285 femicides that occurred in the first six months of 2018 were suicides. The majority of cases affect women and girls under 24.

In 2018 El Salvador’s attorney general announced the creation of a new unit to oversee crimes related to violence against women, girls, LGBTQI people and other groups vulnerable to violence. Authorities do seem to be slowly managing to turn the tide. Total femicides fell 20% between 2017 and 2018, to 383. And in the first four months of 2019, 30% fewer women died by femicide than in the same period last year. But that still means that by April, 76 women and girls were killed just for being female.

Impunity remains an obstacle in a country where prosecutors live in fear of retaliation from perpetrators of violence. According to the U.N., only a quarter of femicide cases make it to court and only 7% result in convictions. And, since the femicide-suicide law came in, only 60 cases have been investigated and only one has resulted in charges. “There are good laws, and good intentions from prosecutors,” Toral says. “But there’s also a lot of corruption, a failure to report, a lack of resources. You have to ask, in the end how much are laws worth on their own?”

The reasons for El Salvador’s gender-based violence are complex, Clarembaux says. Women face violence from male family members, who often have authority over them in the Catholic country’s patriarchal social structure. El Salvador’s violent gang culture also plays a key role in the abuse of women. “Gang members see women as sexual objects,” Clarembaux says, noting that women are often dragged into conflicts, “despite not being allowed to have important, decision-making roles in the gang, like decision-making.” María, for example, was initially forced into her relationship because her brother owed her partner a gun.

El Salvador’s gang problem has its roots in the United States. From the start of the country’s civil war in 1980, hundreds of thousands of Salvadorans fled to the U.S. Some got involved with gangs in Los Angeles and formed the notorious MS-13. When the civil war ended after 12 years, leaving the economy in ruins, infrastructure destroyed and 75,000 people dead, the U.S. deported almost 4,000 gang members with criminal records back to El Salvador.

The country’s institutions, depleted by the war, weren’t strong enough to control the gang activity. “You deport that many gang members back to a post civil war society where nothing works, where everything has to be rebuilt, where there’s chaos,” Toral says. “Then obviously it’s going to fuel the violence now.” By 2018, MS-13 was active in 94 per cent of El Salvador’s 262 municipalities.

Today violence against women and femicide are major factors driving Salvadorans to the U.S. again. In 2016, 65,000 women attempted to seek asylum in the U.S. after fleeing gender-based violence in the El Salvador and its neighbors Honduras and Guatemala, which together make up a region known as the Northern Triangle. María joined their ranks in 2018 and U.S. authorities granted her permission to apply for asylum in the U.S. after she passed a “credible fear” test.

But she still faces uncertainty. Only around a quarter of the 23,563 credible fear cases where a migrant filed for asylum ended with them being granted that protection in 2018, according to federal data. If María is not granted asylum and loses an appeal, she could be deported back to El Salvador.

Salvadoran women are at the center of the Trump Administration’s efforts to overhaul the U.S. immigration and asylum systems. Last year, then-Attorney General Jeff Sessions tried to override a 2014 precedent that allows women to use domestic violence and persecution by gangs as a reason to apply for asylum, using the case of a Salvadoran woman known as A–B. In December, a federal judge ruled there was “no legal basis” for the decision, but Human Rights Watch says A-B’s case remains “in limbo” and that thousands of women in similar situations may be drawn into legal battles over their status.

In early 2018 President Donald Trump attempted to cancel Temporary Protected Status (TPS) for Salvadorans, paving the way to deport some 200,000 people back to El Salvador, many of whom have been putting down roots in the U.S. since the early 2000’s. Though a federal judge blocked the order, and Salvadorans are currently covered by TPS until January 2020, their future in the U.S. remains uncertain.

Perhaps most worrying for women in El Salvador in the long term, on March 29, Trump announced he was cutting $500 million in aid to El Salvador, Guatemala and Honduras over their failure to stem migration flows to the U.S. Critics say the decision will undermine recent progress on violence against women and other violent crime in El Salvador, driving even more people to flee the country.

Whatever the Trump administration’s intention with these policies, as long as they face widespread violence at home, Clarembaux says women will continue making the journey north. “They only do this because they have no choice,” she says. “They want to be safe.”

If you or someone you know may be contemplating suicide, call the National Suicide Prevention Lifeline at 1-800-273-8255 or text HOME to 741741 to reach the Crisis Text Line. In emergencies, call 911, or seek care from a local hospital or mental health provider. 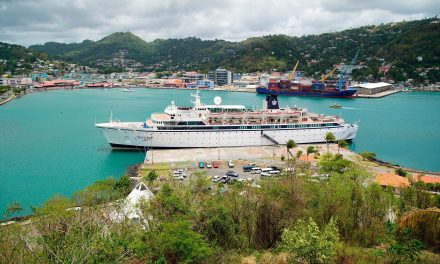 A Scientology Cruise Ship Has Been Quarantined for Measles. Here’s What to Know 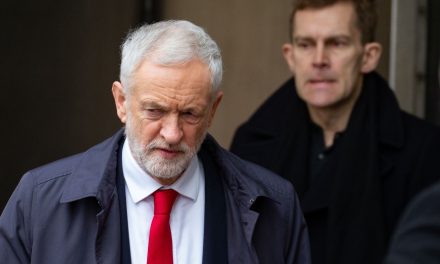 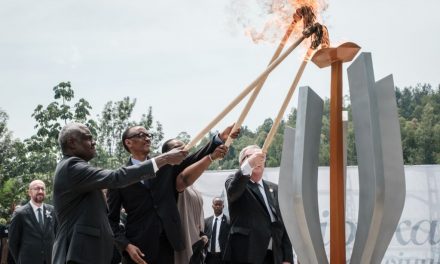 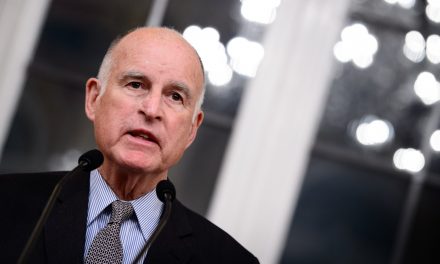