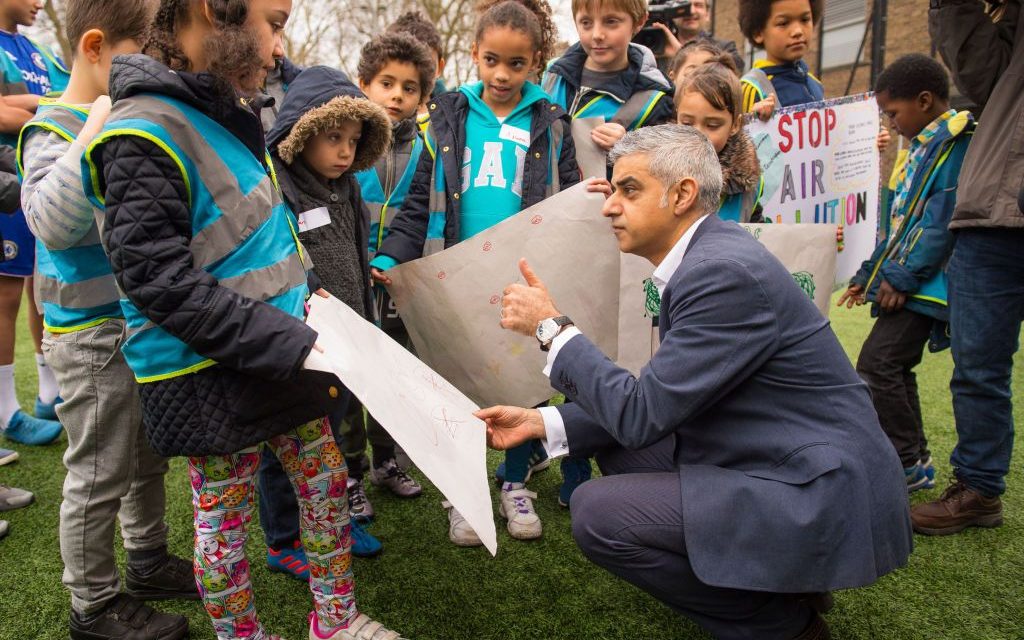 Two years before he became mayor of London in 2016, Sadiq Khan ran the capital’s famous marathon. He’d been healthy his whole life, but while training for the race, he found he had trouble breathing. He went to the doctor, who diagnosed him with adult onset asthma. It was bad news in a city like London, he says, where air pollution has been known to trigger or worsen the disease, sending four people to hospital everyday. Though you might not think of toxic air while walking down London’s tree-lined streets on a clear spring day, the capital has breached the legal annual air pollution limit every year since 2010 — normally within the first few days of January. “Looking around, everything looks hunky dory,” Khan tells TIME in early April. “But the city I love is making people sick.”

More than 2 million Londoners live in areas with illegal air pollution, with levels of nitrogen dioxide often twice or even three times higher than the safe limits set by the European Union. Recent research suggests children growing up in the inner city are developing smaller lungs as a result, while mounting evidence links air pollution to everything from heart disease to cancer to psychotic episodes in teenagers. Some 9,400 people lives are cut short every year a result of the capital’s toxic air, according to official estimates; worldwide, the figure is 6.5 million per year, according to the World Health Organization.

Since his election three years ago, Khan has made London a key battleground in the global fight against air pollution. The politician, a member of the U.K.’s opposition Labour Party, has spent hundreds of millions of dollars on electric buses, creating car charging points and bike lanes, and installing thousands of air pollution sensors across the city. Khan’s flagship policy, the world’s first “ultra-low emission zone” or “ULEZ” came into force on Monday. London drivers already have to pay $15 a day to enter the city center, under a congestion charge introduced in 2003 to relieve traffic. The ULEZ adds a further $16 dollars a day for older and dirtier cars. The combined $31 daily charge has upset some; taxi drivers have protested and some trade unions have labeled it “a tax on the poor” who can’t afford to buy cleaner vehicles. But Khan says the problem is too urgent to ignore. He sees himself as the heir to the 20th Century British politicians who took bold steps to pass the U.K.’s 1956 Clean Air Act after London suffered frequent deadly smog clouds dubbed “Pea Soupers.” “They were told they couldn’t do drastic things like move factories out of town,” Khan says. “But they were brave. And we’ve been reaping the benefits for decades.”

Air quality is a perfect example, Khan argues, of how cities can use their autonomy to make big changes faster than national governments. That’s particularly true at a time when the U.K. parliament has been preoccupied with negotiating Britain’s upcoming departure from the E.U., known as Brexit. “The rest of the country has been paralyzed, but we can be more nimble,” he says. He regularly trades solutions to urban problems with other city mayors, he says, including Anne Hidalgo in Paris, Eric Garcetti in Los Angeles, and Bill De Blasio in New York; De Blasio and Gov. Andrew Cuomo are introducing the U.S.’ first congestion zone in Manhattan. “I’m a big believer in [stealing] other people’s ideas,” Khan says.

London’s current air pollution problem took root a few decades after The Clean Air Act. In the 1990s, European governments fell in love with diesel, encouraging drivers to buy diesel cars with tax breaks and buying huge fleets of diesel buses. “It was well intentioned, but pretty stupid,” says Simon Birkett, founder of campaign group Clean Air London. “They thought if more people used diesel engines, which burn fuel more efficiently, we’d produce less carbon dioxide.” But authorities didn’t anticipate how difficult it would be to get rid of the nitrogen oxides that diesel gives off. Meanwhile, weak regulations allowed automakers to produce cars that emit more pollutants than expected. The popularity of diesel cars — which still make up 40% of cars on U.K. roads compared to just 4% in the U.S. according to figures from 2014 — is the main reason Europe’s air quality is far lower than that of the U.S.

In London, the legacy of diesel is exacerbated, Birkett says, by the fact that, in contrast to the planned grid systems of American cities, many streets and pathways were established in medieval times and have snaked and twisted over hundreds of years into a “dreadfully, narrow, chaotic road lay-out.” That increases bottle-necks and means vehicles are often left at a standstill, pumping the exhaust into pedestrians’ lungs. The use of gas cookers and illegal wood stoves by the public also make the problem worse.

Khan says the cumulative effect has caused “a public health emergency” – but it’s one that’s hard to see. “If people that died from air pollution were covered in green spots, it would be very easy for everyone to understand,” says Gary Fuller, a scientist at King’s College London’s Air Quality Network, which monitors pollution around the city, and the author of a book on the threat of air pollution titled The Invisible Killer. “But when people’s lives are shortened, by air pollution, they die of the things that people die of anyway: respiratory diseases, heart disease, strokes.”

One of the most visible deaths linked to air pollution was that of nine year-old Ella Kissi-Debra in 2013. Ella had been active and healthy, her mother, Rosamund says. She played soccer and talked constantly about wanting to be a pilot. But she developed severe asthma just before her seventh birthday and died two years later. The family had lived meters from the notoriously polluted South Circular road in Southeast London and, after Ella’s death, Rosamund began to suspect pollution could have contributed to her health issues. “My daughter looked as if she’d been smoking. She was only nine,” she says.

Professor Stephen Holgate, an expert in the field, looked into the case and found a “striking association” between records of Ella’s emergency hospital admissions and local spikes in nitrogen dioxide and harmful PM10 particulates. In January, the U.K.’s attorney general said Rosamund could apply for a new inquest to potentially put air pollution on Ella’s death certificate – an unprecedented move in Britain. Rosamund says the move might force politicians to take pollution seriously — and provide some closure. “I wasn’t able to tell her why she was suffering so much. It’s only right that she has it on her death certificate why she died. She deserves that,” she says. “Then it will be, what are we going to do for everyone else so this never happens again?”

Most say Khan is doing better than previous mayors. His predecessor, Boris Johnson, who is now vying for leadership of the Conservative Party and Prime Minister Theresa May’s job, was “notoriously bad,” Birkett, the campaigner, says. A King’s College London study published April 1 found that, if the rate of progress during his tenure continued, it would take London 193 years to reach legal levels of nitrogen dioxide. With changes made since 2016, the city could get there in just six. For the first time in 10 years, London has made it to April without breaching the legal limit.

But taking strong action on the environment can have a political cost, as French President Emmanuel Macron learned last November: his plan to cut carbon emissions by hiking fuel taxes enraged working-class people in rural areas who rely on their cars. The ongoing “Yellow Vest” protest movement has become a major challenge for Macron’s attempts to push through reform.

Khan faces his own resistance. The ULEZ charges have sparked outrage in the rightwing press, and among suburban drivers who are frustrated by the government’s change of heart on diesel fuels. Plans to extend the ULEZ in 2021 to an area roughly five miles out from the center of town, affecting 3.6 million people’s homes, could pose a problem for Khan’s re-election bid next year. Almost 80,000 people have signed a petition against the extension, and angry drivers hounded Khan on a trip to suburban Chingford. His conservative opponent for mayor, Shaun Bailey, has pledged to stop the extension and labeled Khan’s anti-pollution measures “vanity projects.”

The ULEZ’s strongest opposition has come from London’s swelling army of mini-cab and ride-hailing companies. From April 8, drivers for those companies will no longer be exempt from the congestion charge — which could push earnings down by 13% over an 8 hour shift. They say the change is discriminatory, because drivers of the iconic black cabs, who are mostly white, remain exempt from both the congestion charge and the ULEZ — meanwhile 95% of London’s private hire drivers come from ethnic minorities. The mayor’s office says black cabs are exempt because they are regulated by the London Transport authority and are working to a separate emissions-reduction plan set out in 2018 . But private-hire drivers have staged a series of disruptive protests in central London, carrying signs reading “Sadiq is driving us into poverty.” On April 4, a judge ruled a group of Uber drivers can sue Khan for racial discrimination.

Khan is undeterred. “I’m not going to apologize for taking bold action to fix London’s air,” he says. He points out that air pollution is also a “social justice issue,” because government research suggests poorer and ethnic minority Londoners are more likely to live close to highly polluted main roads, and less likely to own cars. The mayor has announced a $30 million fund to help small businesses scrap their older vehicles and buy cleaner alternatives.

With the proportion of people living in cities worldwide projected to reach 68% by 2050 – and London’s own population expected to grow by 37% – Khan says his aggressive approach to pollution urgently needs to become the norm. “We need to make it so that living in cities isn’t bad for you,” he says. The scale of the global air pollution crisis – with an estimated 95% of people exposed to unsafe levels – makes it hard to see that goal being accomplished soon. But if Khan’s measures stick, Londoners, at least, will breathe a little easier. 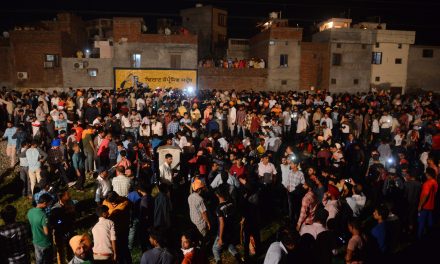 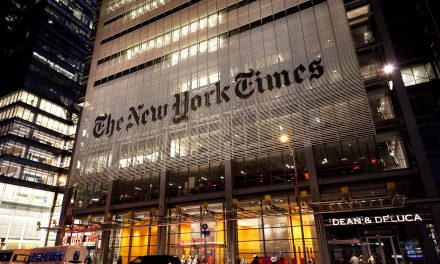 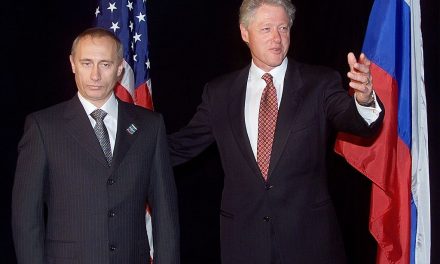 Breaking Down the Complicated Relationship Between Russia and NATO