Theresa May’s Brexit Deal Was Crushed. What Happens Next? 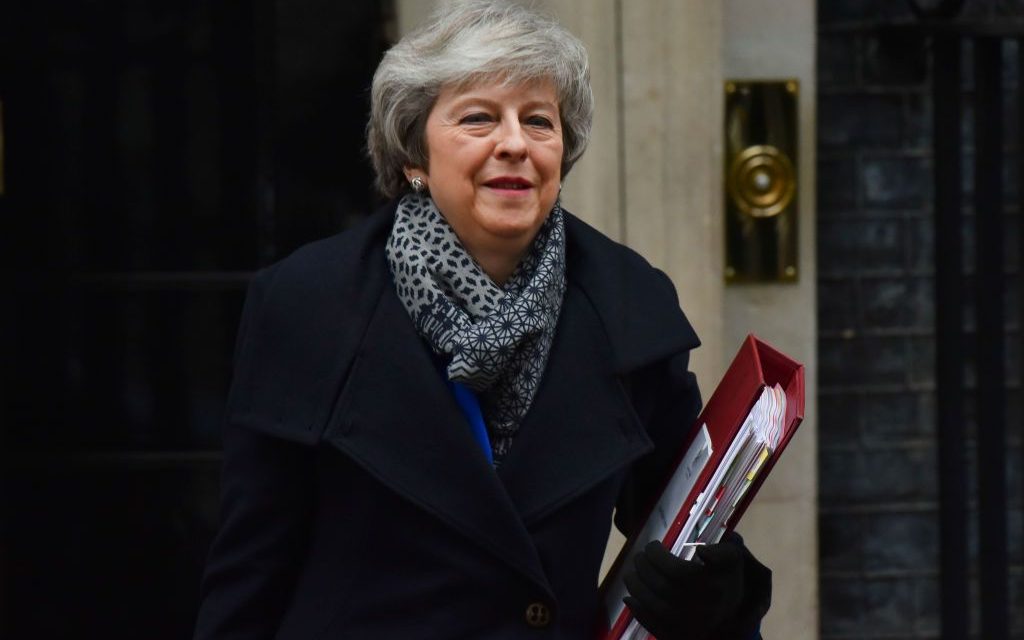 British prime minister Theresa May suffered the biggest defeat in the U.K.’s modern history on Tuesday evening, as scores of lawmakers from her own party rebelled against her agreement with the European Union, intended to smooth the U.K.’s exit from the bloc.

With Parliament voting down May’s deal by 432 votes to 202, Britain is now set on a default track to leave the E.U. without a deal on March 29 this year, unless an alternative plan can win the backing of parliament.

The next week in British politics is full of uncertainty. Perhaps in recognition of the need to compromise, May announced on Tuesday evening that she would open talks with “senior parliamentarians” in an attempt to thrash out an approach that could win the backing of parliament.

But first, the prime minister will face a second vote of no-confidence in as many months on Wednesday evening, after the leader of the opposition Labour Party Jeremy Corbyn began a process that could bring down her government and trigger a general election.

Here’s what to know.

Didn’t May already survive a vote of no confidence?

Yes. In December, lawmakers from within May’s ruling Conservative Party triggered a vote to potentially oust her from the party leadership, which would have had the effect of ending her prime-ministership. May ended up securing the support of more than half her party’s 315 lawmakers, with a majority of 83, leaving her position safe.

A different sort of contest was triggered by Corbyn on Tuesday — one in which the whole of Parliament will vote, rather than solely members of May’s Conservative Party.

If a majority of lawmakers say they have “no confidence” in the prime minister, she will be forced to step down. Lawmakers will then have a period of two weeks to attempt to form another government. If they fail, a general election will be called.

But, in a bizarre quirk that shows how much Brexit has upended British politics, May is widely expected to win the confidence of parliament —despite suffering the biggest defeat of any modern prime minister less than 24 hours ago.

What are May’s options if she survives?

Thanks to an intervention by rebel lawmakers, May must return to parliament by Monday with a “Plan B” for how to proceed following her historic defeat.

Cross-party talks, which May said she would open after her defeat, may form the bulk of that plan. “The [prime minister] will be engaging right across the house with people … who want to talk constructively,” Andrea Leadsom, a cabinet minister, said on Wednesday.

But those plans were already being condemned by lawmakers on Wednesday morning, after the government ruled out including Corbyn, the leader of the opposition. Senior opposition lawmaker Yvette Cooper called the plans “ludicrous and unworkable.” The prime minister “has to accept she failed by 230 votes,” Cooper wrote on Twitter. “She can’t just keep digging in.”

Despite the criticism, May is likely to proceed with cross-party talks. However, she faces a major difficulty in that the lawmakers who voted against her deal on Tuesday did so for many different, mutually incompatible reasons.

Outside the U.K. parliament on Tuesday evening, protesters demanding a “Hard Brexit” celebrated May’s defeat alongside their ideological opposites, so-called “Remainers” who wish to scrap Brexit altogether. What that means for May is that concessions she makes to some groups will almost inevitably anger others.

“Whatever way you look at it, those numbers don’t add up,” says Nina Schick, a political researcher and Brexit advisor. “Labour’s position is that they want to be in a permanent customs union, but if May moves towards that, she loses the support of Conservative MPs.”

Is May likely to compromise?

Maybe. In the prime minister’s negotiations with the E.U. in 2018, she refused to compromise on a series of “red lines,” including leaving the E.U.’s single market and customs union, and revoking the right of E.U. citizens to freely live and work in the U.K.

After her defeat, May has come under pressure to alter those red lines. “The government has got to find a deal that they can negotiate with the E.U., but first of all which can get through parliament,” Damian Green, one of May’s closest allies in the Conservative Party, told TIME after the vote. “It seems very likely this will mean a compromise on May’s red lines.”

But even if she does choose to compromise, May will face the question of which factions to offer concessions to, and which to ignore.

Another option for May is to hold a series of “indicative votes” — in other words, non-binding votes in parliament that could help make clear which approach to Brexit could command a majority. Green, who voted for May’s deal, recommends that as a next step.

Schick, the analyst, is not optimistic. “If you look at all the constituent groups and what they want, it seems like an impossible task to get any kind of parliamentary majority for any kind of deal.”

What happens if the U.K. runs out of time without a deal?

If a consensus doesn’t emerge, one possibility floated by many in Westminster is for May to ask the E.U. to push back the date the U.K. is scheduled to leave.

Currently, that’s set for March 29 under the terms of Article 50, the device in E.U. law that allows a country to leave after a two-year time period. But reports on Sunday suggested the E.U. was making internal preparations to delay the U.K.’s exit to July, given the unlikelihood of May being able to achieve a workable deal by March.

“I imagine there will be lots more obfuscation and trying to push the decision down the line,” says Schick.

But for a delay to work, all 27 E.U. countries would have to agree. Schick says this is likely, as a no-deal exit would damage the E.U.’s economy too. But, with European parliament elections coming up in May, it’s possible that “the sentiment on the continent is hardening,” Schick says. “They might prefer, almost, to bite the bullet and not grant the extension.”

In London, the U.K. government’s position on Article 50 remains unclear. On Tuesday night, finance minister Philip Hammond reportedly hinted to business leaders that a delay was still possible. But on Wednesday morning, another government minister ruled out the possibility. “We’re clear we won’t be delaying Article 50,” commons leader Andrea Leadsom told the BBC. “We won’t be revoking it.”

If the U.K. government doesn’t ask for an extension, and no alternative deal is agreed upon by parliament by March 29, Britain will crash out of the E.U. without a deal in 10 weeks time. The Bank of England has warned could result in an economic crash worse than the 2008 financial crisis.

Is the E.U. likely to offer concessions?

After May’s defeat on Tuesday, E.U. leaders united behind a single message. “I urge the U.K. to clarify its intentions as soon as possible,” tweeted the President of the E.U. commission, Jean-Claude Juncker. “Time is almost up.”

If May had hoped a defeat might bring E.U. lawmakers back to the negotiating table, the initial signs from its Brussels headquarters showed little sign they would be willing to budge. “The Withdrawal Agreement is a fair compromise and the best possible deal,” Juncker reiterated after the vote on Tuesday.

However, the E.U.’s calculation of the “best possible deal” is based on the red lines that May herself set out. If she is willing to change those, the E.U. has indicated it could renegotiate.

Michel Barnier, the E.U.’s chief Brexit negotiator, reportedly said Wednesday: “If the U.K. chooses to shift its red lines in the future … and to go beyond a simple free trade agreement, then the E.U. will be immediately ready to … give a favorable response.”

In other words, the E.U. may be willing to budge, but only if the U.K. asks for a “softer” type of Brexit than May negotiated last year. That would anger elements of her party who want a complete break with the E.U.’s single market, for example, but could convince opposition lawmakers to support her.

“For once, I don’t think the ball is in the E.U.’s court,” says Green, May’s long-standing ally. “I think, given that the deal was defeated by so much, the E.U. could reasonably say to Britain: Get your own act together.”

What are the chances of a second Brexit referendum?

If Corbyn, as expected, fails to succeed in the no-confidence vote scheduled for Wednesday evening, some analysts have speculated he may be forced to campaign for a second referendum.

If his Labour party backs that option, it may come close to commanding a majority in parliament — though would not solve the problem May faces of coming up with a workable deal.

On Wednesday, 71 of Labour’s 229 lawmakers signed a statement in support of a second Brexit referendum, sometimes referred to as a “People’s Vote“. That included six lawmakers who had never declared their support publicly before, lending a sense of momentum to the campaign.

“Corbyn is going to come under increasing pressure to back the second referendum,” says Schick, the analyst. “His parliamentary party wants that. He doesn’t. But it will become harder for him to delay that choice.”

Some rebel lawmakers in May’s Conservative Party also support the idea of a second vote. “I am going to be voting against any deal until it gets the public’s consent,” Philip Lee, who resigned from the government over Brexit in June, told TIME on Wednesday morning.

“Which version of Brexit appears from parliamentary discussions isn’t really my responsibility, because I’m not complicit in starting this nonsense. I didn’t support leaving the European Union. It’s the responsibility of Brexit-supporting MPs.” His response illustrates the wide range of beliefs that May must try to appease.

It’s not likely. May has cultivated a reputation for weathering political storms that would have toppled other prime ministers. In 2017, she called a snap election hoping to win more seats to smooth getting her Brexit deal through parliament. That backfired and May lost her majority in parliament — but she didn’t resign.

Then, in December 2018, May’s government was found in contempt of parliament for refusing to release its legal advice over Brexit, despite being demanded to by lawmakers. Later that month, more than a third of her own lawmakers voted in favor of ousting her as prime minister — not enough to force her out, but a major blow to her authority. Still, she carried on.

“I think it’s would be very unlike her to think that she should just give up,” says Green, who first met May at Oxford University. “She has an enormous sense of duty and she sees it as her duty to deliver Brexit.” 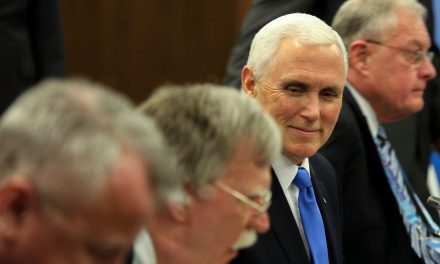 At ASEAN Summit, Pence Warns Against Empire Building While Bolton Says Another Kim Summit Is Possible 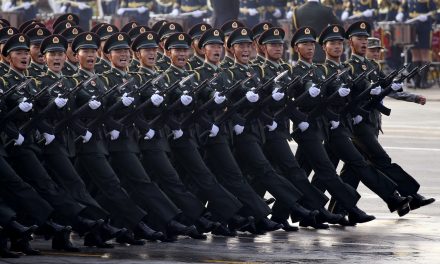 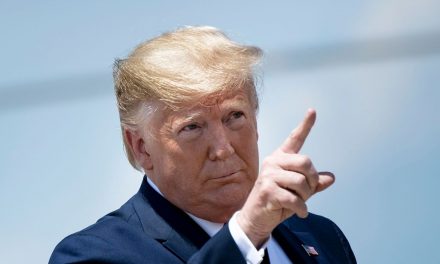